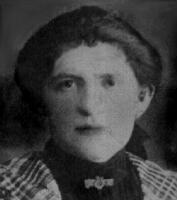 Ellen Ruby Bowen was born on 16 September 1882 at Timbrebongie, near Narromine in central NSW. She was the third child and eldest daughter to John Henry Bowen and Alice Clarkson Poulton. One of her older brothers, Thomas Martin Bowen, died two years before she was born.

Not much is known of her childhood except that she was part of a large family - twelve children in all. Her father moved around a lot with his work as a hawker, but it is not clear whether the family moved with him or whether he returned home from time to time.

She was married in Bourke, at the age of 22, to a local jockey, George Charles Reed Murphy. Family lore holds that  he rode every winner at the local race meeting on their wedding day! 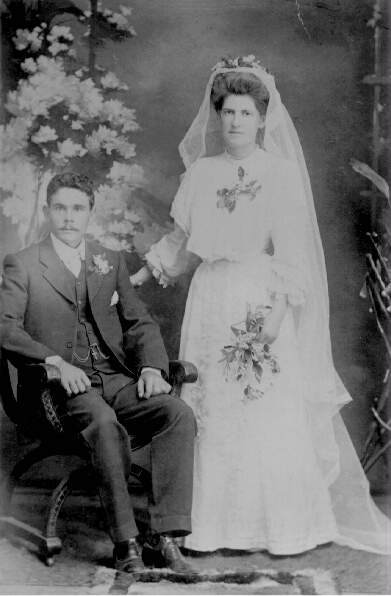 Tragically, Ellen contracted typhoid in 1912 and died at just 29 years of age. She is buried in Bourke cemetery. Her three young children were given over by their father into the care of their maternal grandmother, Alice Clarkson Bowen (nee Poulton).

Read how this extended family lived in the years before, during and after World War I in Ena Ruby Murphy's account of her childhood in Ma Bowen's care.

You can contact me by email at jimflemingnsw AT yahoo DOT com Dot AU
Compiler: James Michael Fleming. I update this website regularly. Check out and Like my Jim's Genie Jottings Facebook page to keep up to date
Site updated on 23 November 2019 at 3:09 PM; 2,977 people
Page created by John Cardinal's GedSite v3.01  |  Based on a design by growldesign