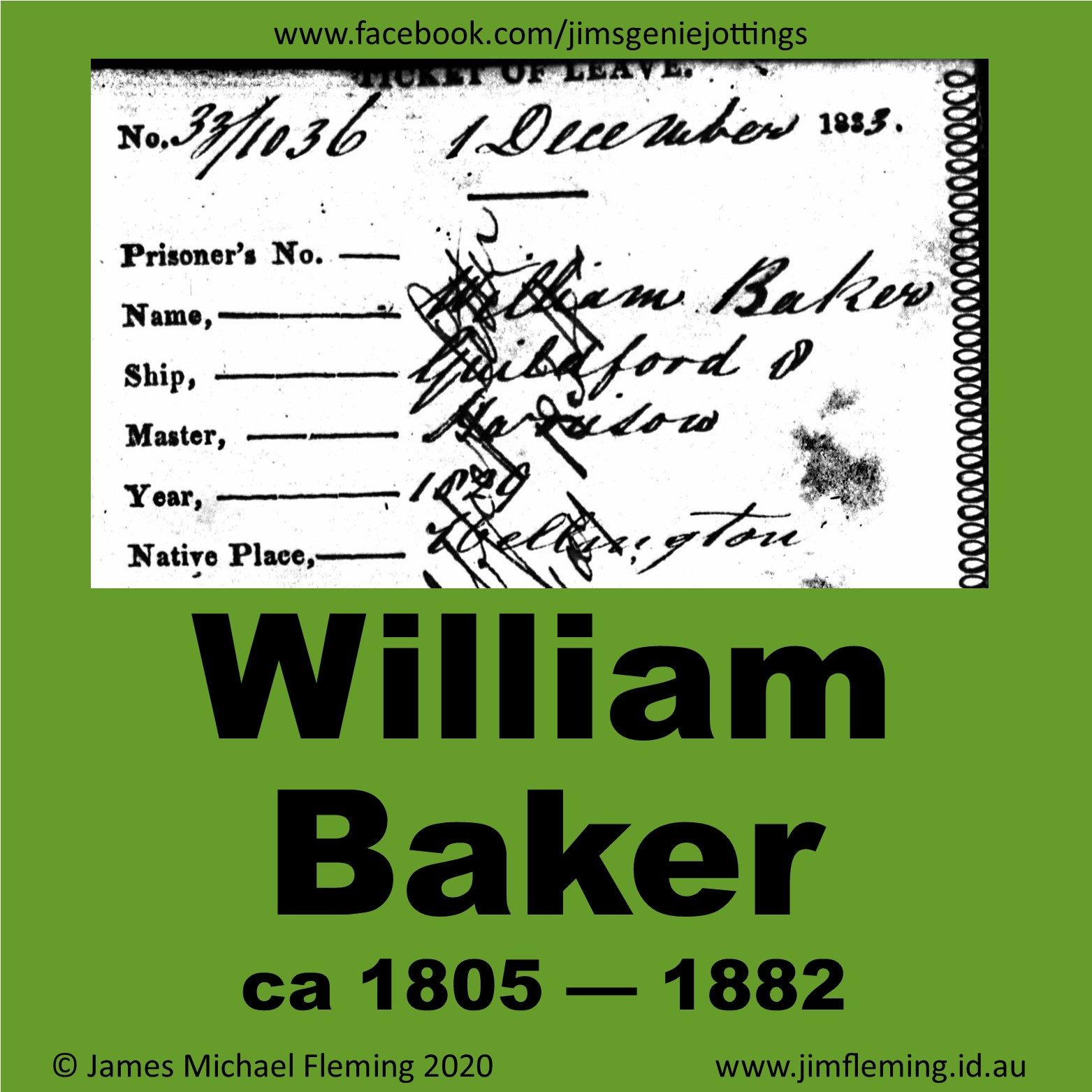 I have recently uncovered significant new details about the life of my GGG-grandfather William Baker and his family. These include:
* confirmation that his parents were Samuel Baker and Elizabeth Chorley;
* identification of previously-unknown siblings;
* proof that his father did NOT die in 1840 (he died in 1815); and
* establishing for the first time exactly how and when he arrived in Australia.

William married Eliza Connors at Bathurst in 1844 and they produced a family of at least three daughters and two sons at nearby Rockley. Eliza died in 1876 and William in 1882 and both are buried in Jumpers Flat cemetery near Rockley. William's origins were a mystery until, about 15 years ago, another family researcher discovered that he had a brother (Isaac Baker) who had joined him at Rockley soon after arriving as a free settler aboard the Ascendant in 1855. By tracing Isaac's origins they were able to prove that the brothers' parents were Samuel Baker and Elizabeth Chorley of Wellington, Somerset.

But no-one could work out how and when William Baker had arrived in Australia; until now. I meticulously identified every William Baker in NSW before 1844 and slowly but surely eliminated them one by one until I had only five left. On examining each of those five more closely, one of them stood out because he came from Wellington, Somerset. I was able to prove that William had arrived in NSW as a convict aboard the Guildford in 1829. You can click here to read my article William Baker's arrival that has just been published by the Bathurst Family History Group in its journal, Carillon Chimes number 211.

I have also written a more detailed account of this research in The Baker Roadblock (click here). This report confirms the earlier researcher's findings that his parents were Samuel Baker and Elizabeth Chorley, but for the first time, the reasons for this conclusion are fully documented. My report identifies new previously-unknown siblings for William and Isaac and disproves the universally-held conclusion that their father Samuel died in 1840. In fact, he was buried at Thorne St Margaret on 6 December 1815, five months before the birth of his youngest daughter, Ann.

More work is needed to provide a complete history of the Baker family of Rockley. Eliza Connors' arrival details are still obscure and it is unclear how two daughters fit into the family - Jane Connors Baker (1839-1911) who married Francis Press at Bathurst in 1853; and Mary Ann Baker (1834-1871) who married James Smith at Carcoar in 1849. 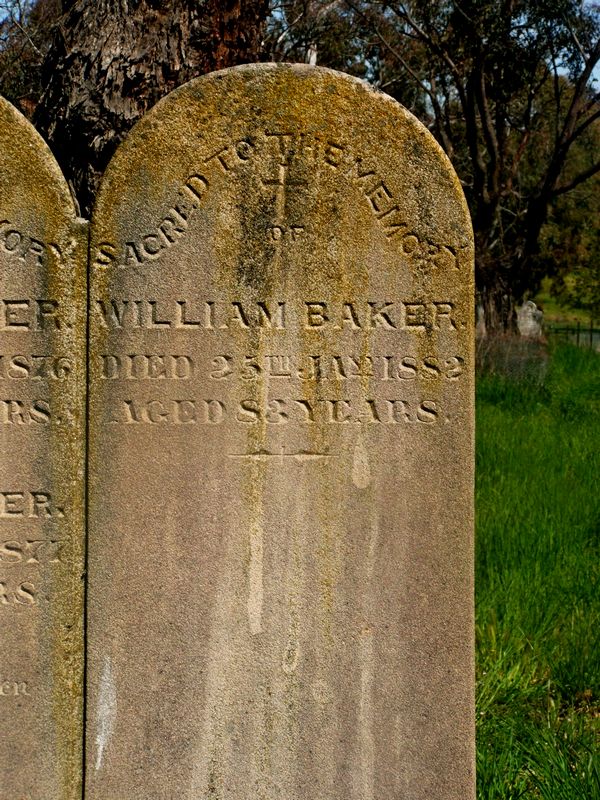 A close view of the inscription on the gravestone for William Baker in Jumpers Flat Cemetery
Click the picture to access more details about this memorial.