William Ballantyne was baptised at Glassford on 21 June 1789 having been born at nearby Howmains farm on 8 June.

William was 28 years old and living at nearby Hamilton when he returned to Glassford to marry Christina Dow on 15 March 1818. Her parents were James Dow and Helen Frame. James Dow (son of William Dow and Catherine Johnstone) was a native of nearby Avondale. So too were Helen Frame and her father John Frame.

This small farm supported ten people in 1841. Their eldest son Andrew and second daughter Christina were each employed elsewhere.

The strain of raising such a large family on a small farm may have contributed to William's death on 6 March 1842, aged 52. His youngest daughter (Elizabeth) was born that same year. She later erected a memorial headstone on his grave in Glassford cemetery that he shares with his wife Christina Dow who survived him by 35 years.

Christina continued to farm their land for many years after William's death. During her latter years she became a publican at nearby Limekilnburn where she died of chronic bronchitis on 21 April 1877, aged 76. 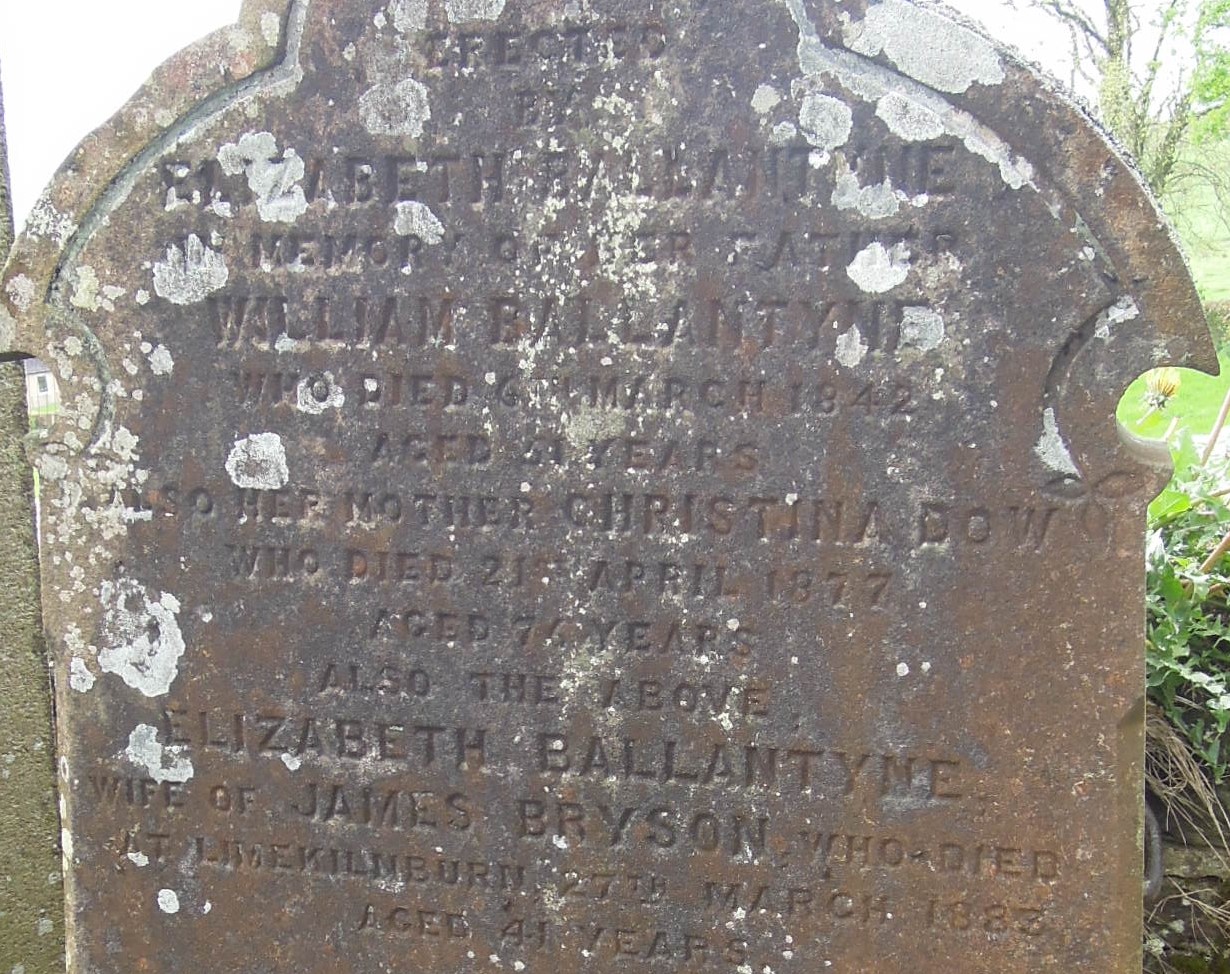 Gravestone of William Ballantyne and Christina Dow in Glassford Cemetery
You can contact me by email at jimflemingnsw AT yahoo DOT com Dot AU
Compiler: James Michael Fleming. I update this website regularly. Check out and Like my Jim's Genie Jottings Facebook page to keep up to date
Site updated on 28 June 2020 at 4:35 PM; 3,146 people
Page created by John Cardinal's GedSite v3.01  |  Based on a design by growldesign